Raised in Africa as a kid of missionaries Paul Davis really embraced the African mentality of living. “In Africa, there was always time to talk, listen, reflect, and enjoy those around you. With Mosi, it’s my desire for each cup of our tea to be a small reminder to slow down, be present, and turn moments into memories that last a lifetime.”

Who are you and what do you do with tea?
My name is Paul, and I’m the founder of Mosi Tea. Tea entered my life as a little boy growing up in Southern Africa, but my career in tea started in 2019 when I launched a Kickstarter campaign.

When did your interest in tea start?
I think I was always inherently interested in tea because of how it brought people together. My parents were missionaries in South Africa and Zimbabwe… From village to village, I was introduced to new people and cultures—often over a cup of tea. Those sacred moments were transformative. I didn’t realize it then, but it’s where Mosi Tea began.

An African proverb says, “Americans have watches; Africans have time.” In Africa, there was always time to talk, listen, reflect, and enjoy those around you. With Mosi, it’s my desire for each cup of our tea to be a small reminder to slow down, be present, and turn moments into memories that last a lifetime.

What is the origin of the Mosi patented infuser?
The idea started in college. I was tired of rushing off to class and resorting to a Keurig for a quick cup of coffee… What I really wanted was good tea; but the time to boil water, get out the tools, clean up… really just the whole process, forced me to choose coffee just out of convenience. I did try tea infusers, but none of them really did the job. So over the years, I kept trying to find the perfect tea infuser, but continued to be disappointed.

Finally, I decided to do something about it, and eventually launched our Kickstarter campaign. I knew that it could do well, but I was amazed at the response. In just over a month, we raised almost $500k and sold over 11,000 infusers to 7,200 people. Our campaign is still ranked in the top 1% of all time campaigns, which is amazing.

What does the infuser do exactly?
Our main differentiator is that the Mosi Infuser has multiple attachments to brew anything. Our silicone attachment is specifically for loose leaves, and it’s the main sieve. But we also have an attachment for cold brew, coffee or fine teas (like rooibos or yerba), and one for matcha and lattes (or even hot chocolate!). Tea is so versatile, so I needed an infuser that was versatile too. I wanted to be able to brew anything, anywhere.

At the 2022 World Tea Conference Mosi won a World Tea Best of Award in the category “Best Tea-Making Equipment Innovation, Consumer” for its infuser. What did it do for your company?
We were so excited to win! We knew we had a good product, but it was further validating for our brand that World Tea named us Most Innovative Tea Making Device. It’s allowed us to strike up wholesale conversations, and meet great people in the industry. And of course, we’re letting everyone know we won the award and using it in our marketing. Just being able to say “award-winning” is basically a cheat code.

What are your thoughts on Mosi for the future?
We will continue to make it as easy as possible for anyone to brew anything wherever they might be. We want to be part of the movement. Although tea has been around forever, it hasn’t reached its peak (especially here in the west). We want to help bring innovative products and really high quality tea to the US (and eventually around the world). We have some awesome plans for the future.

And, a nice last question, is there one fun tea fact most people don’t know that you would like to share?
Two things. First, don’t think of tea as the hot version of the iced tea you get in the drive-thru. The difference in quality between a tea bag and garden-picked loose leaf tea is amazing. So I always encourage people to try different teas and figure out what they like. Second, I don’t think people understand how versatile tea really is. Outside of drinking it for its taste and health benefits, I also love trying out new ways to use tea. I’ve used it in marinades, butter infusions, tea-inspired cocktails, kids popsicles, and have even used tea as a base stain for a dining room table I built. 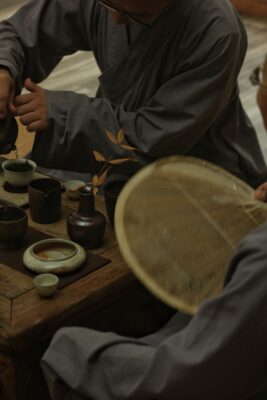 The story of Keemun: The Queen of Black Tea

China is known for its rich collection of specialty teas, but few could match the rich and sharp, yet somewhat floral and smokey aroma of 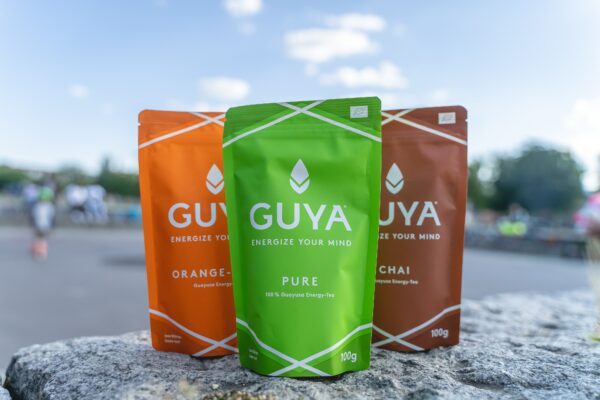 Most tea aficionados will have heard of Yerba Maté, a caffeinated herbal tea popular in South America, and increasingly all over the world. However, deep 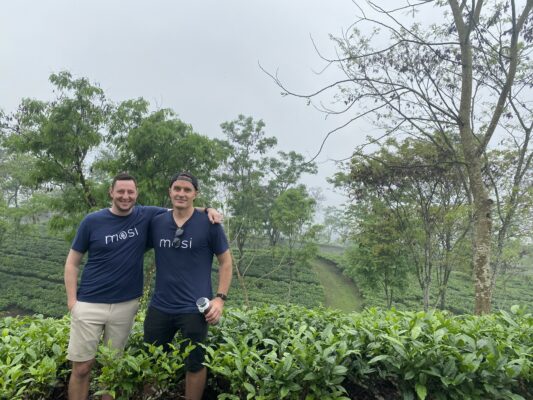 Paul Davis from tea infuser Mosi is on a mission to make hand-picked garden tea more accessible. “We want people to understand just how much