Ethical is the new fair 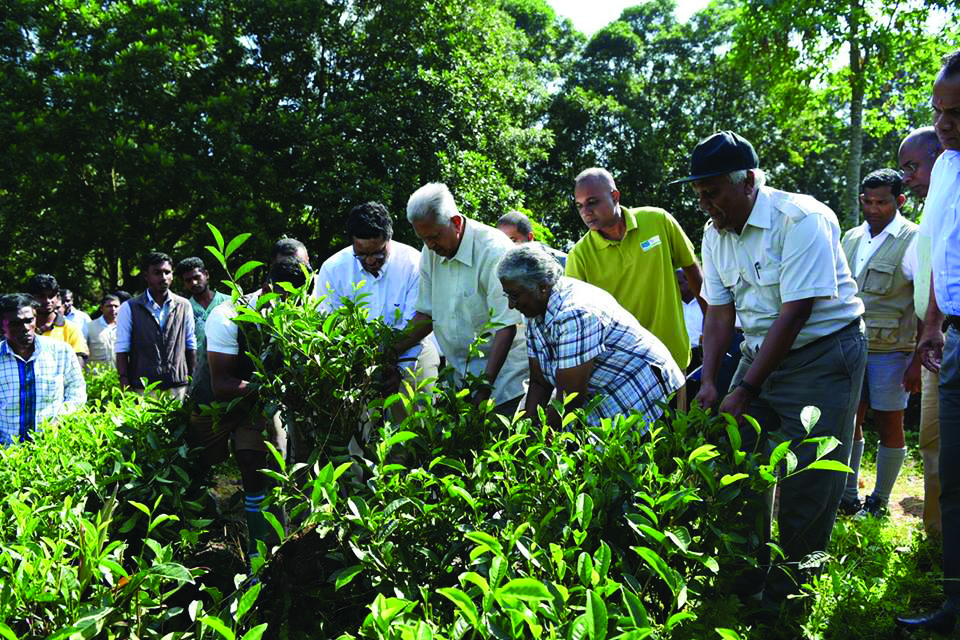 An interesting new post by our guest writer Soo Choi-Bosman, Transformation Director at Dilmah Benelux. Read her interesting story about ‘Ethical is the new fair’.

This month our founder, Merrill J. Fernando, celebrated his 91st birthday and also his 71st anniversary in the tea industry. He is the world’s most experienced tea expert and is – reluctantly- seen as the disruptor of the tea chain because he cut all the links between it. Not only did he break the monopoly on packaged tea, which until then lay in the iron grip of former colonial enterprises, but he also broke the monopoly on “doing good in the world”.

Never before has a brand emerged in a former colony to act as a benefactor on the world stage. The reason for this is that the economic dependency relations with First World countries (due to the strong lead the Western powers had built up in colonial times) have always been maintained. Countries that have been oppressed for a long time, such as Sri Lanka, were not taken for granted even after the declaration of independence.

Fair trade maintains this inequality by seeing developing countries as merely a supplier of raw materials. As a result, the packaging profits are made in the rich Western countries and it is precisely in that packaging trade that 70-80% of all profit is made on tea. Under the heading of “fair”, 1 or 2% more is paid for the raw material, or a few percent of the profit is allowed to flow back to the country of origin. With this tip, the inequality is never broken and the former colonies in a needy position remain forcibly grateful. Those who call this fair look from a superiority perspective, see the producer as unable to make a full-fledged product and to help himself, let alone help others.

This is the difference between “fair-trade” (or fair-chain) and ethical tea. Because ethical business is based on the principle of ‘dignified empowerment’, ie equality and equal development opportunities. Dilmah is a good example of this. Mr. Fernando’s legacy is proof of what happens when an indigenous farmer is taken seriously and allowed to make and market his own full-fledged product. The lucrative links (packaging, brand development and marketing) and the additional employment remain in the country of origin, so that tax is also paid on it. The entire production process will be made more sustainable because long-term care is paramount. Ultimately, the whole country will benefit from it. Thus, Sri Lanka has become a popular holiday destination, in large part thanks to Dilmah. Above all, they are given the dignity to do good for others.

Where fair trade brands say they give farmers a better life, Mr. Fernando says “hold my tea!”. Truly fair means that people in the country of origin have control over their own destiny. For example, Mr. Fernando has planted a million trees, built 2 hydroelectric power stations that provide electricity for tea production, an orphanage for children and an orphanage for elephants, a culinary school for the disabled, a cricket team for the blind, women empowerment projects, scholarships for the children of tea pickers, a butterfly garden, biochar furnaces for farmland enrichment, naturalization projects to return plantation pieces to the jungle, the only private climate change research center in the world and so on. You can read more about Mr. Fernando’s efforts here https://www.mjffoundation.org/ and here https://www.dilmahtea.com/sustainability/ None of this would have been possible if he had remained a supplier, whether or not fair trade.

We advocate fair and ethical products and business operations without consumers having to pay more for certification. We hope that many more brands will arise that conduct ethical business in the Dilmah way, also in other areas including chocolate and coffee. 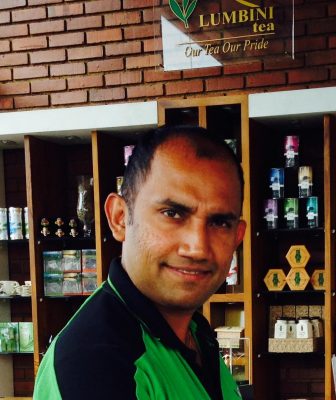 ‘Srilanka is facing an economic crisis at the moment’

Srilanka is in political and economic turmoil. How does this affect the Lumbini tea factory? Stories About Tea spoke with managing director Chaminda Jayawardana.What is happening

Raised in Africa as a kid of missionaries Paul Davis really embraced the African mentality of living. “In Africa, there was always time to talk, 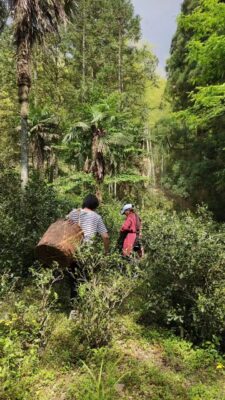 According to Chen Xueying from China, owner of Wuyi-rock tea, business in 2021 wasn’t really affected by Covid, but this year is very hard. “Due